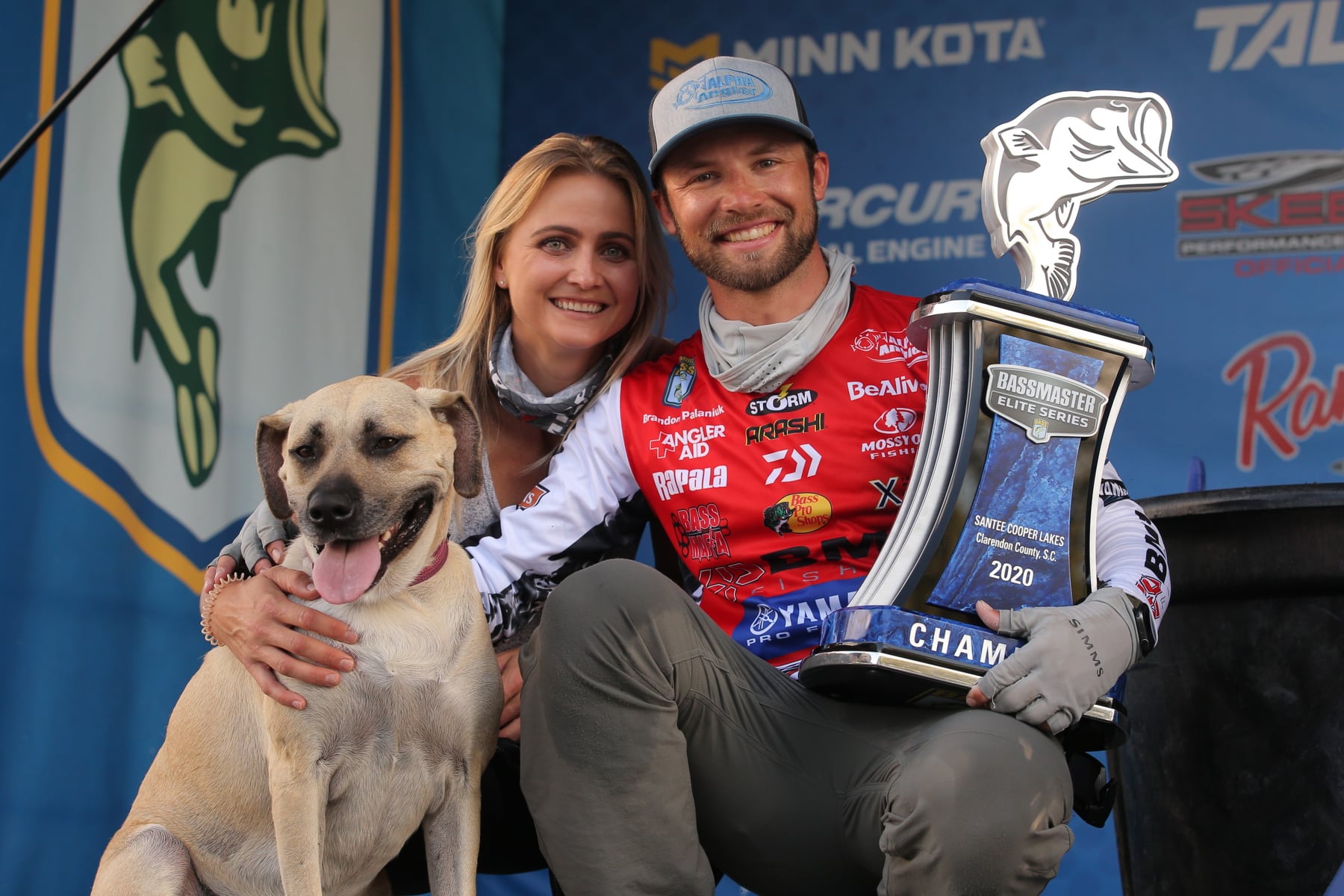 Never mind that Brandon Palaniuk won his Fifth career Bassmaster® Elite Series event and the second of the 2020 season recently in South Carolina. The key to the win on the Santee Cooper Lakes was throwing caution to the wind and turning his game plan entirely in the opposite direction.

On midmorning of Championship Sunday, Palaniuk abandoned his primary fishing spot after it showed dwindling signs of producing what he needed to win. Weights were tight—only a few pounds separated 1st through 12th places, so it would be anyone’s game to win. What is more, Palanuik chose a most unlikely bait setup to catch his winning fish.

“This one was so unexpected,” Palaniuk said. "Every single one I won before, I had a good practice, and I knew that I would have a shot at the Top 10 and a shot at the win. This one came out of nowhere."

Earlier in the week, the Idaho pro followed the prevailing fishing pattern, which was fishing heavy vegetation with stout, heavy-duty tackle. Punch rigs, or soft plastic baits rigged on heavy-duty hooks and sinkers weighing over 1 ounce, was the bait of choice for everyone.

Instead, Palaniuk switched to a drop shot rig, more known for fishing in open water, void of heavy cover. The lightweight drop shot, made with a small hook, light sinker, and light line (he used 10-pound test), caught a key largemouth weighing 7 pounds, 12 ounces, to anchor his winning weight of 72 pounds, 2 ounces.

Palaniuk caught the lucky break that he exploited when he saw a big fish blow up just out of casting range. Idling toward the commotion, he spotted a brush pile he had not found earlier in the week. Coincidentally, the big largemouth was nearby. In fact, it became momentarily hung up in the wood, and a small branch hung on the line as Palaniuk boated the fish.

“What I will always remember about this win was catching that big one on the drop shot,” said Palaniuk.

"If you look at my tournament performance over the years, you will see that I've never been afraid to gamble," he continued. "I've always felt like the risk was worth the reward if you could make it happen."

Palaniuk made it happen. Following the Santee Cooper event, he was 15th place in points toward qualifying for the 2021 Bassmaster Classic®, which would be his 10th world championship. The $100,000 win equates to $1.4 million in B.A.S.S.® winnings.

For more information or to find a dealer nearest you, visit www.skeeterboats.com. Find Skeeter news, team activities, happenings, and events by following us onFacebook,Twitter,YouTube, and Instagram.

This document contains many of Skeeter’s valuable trademarks. It may also contain trademarks belonging to other companies. Any references to other companies or their products are for identification purposes only and are not intended to be an endorsement.