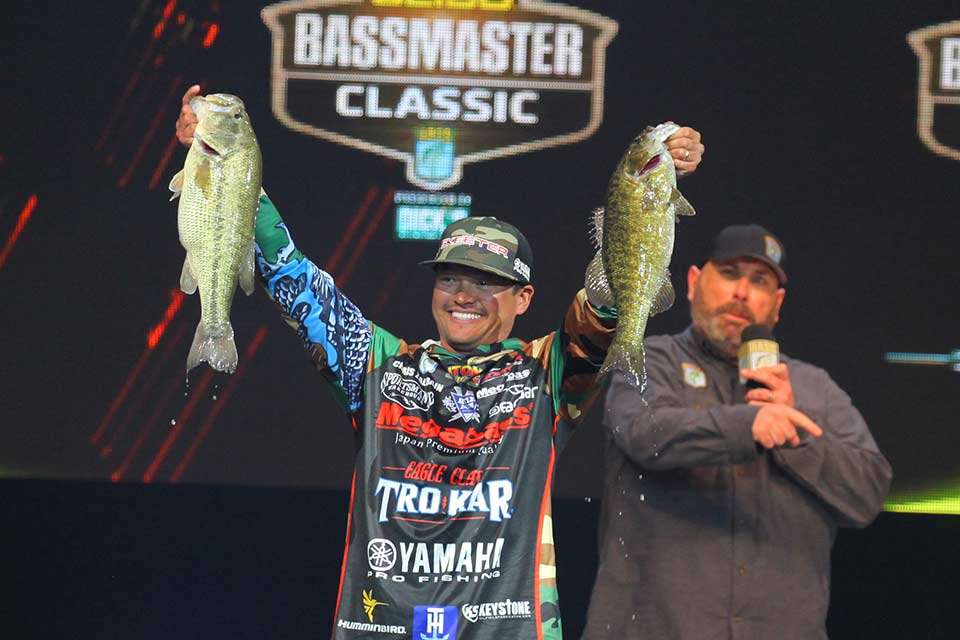 Pardon Mark Menendez for being so stoked about competing in a bass tournament coming up soon in Alabama. It’s not that Menendez is new to the gig—he has more than 240 pro events on his resume spanning three decades—this tournament is one of a kind. "There is nothing like it, and history will be made, and that goes beyond any angling records that might get broken," he said. Menendez is referring to the Bassmaster Classic®, which celebrates a milestone when bass fishing's world championship is held for the 50th consecutive year. When the first Classic was held in 1971, the 24 anglers boarded a chartered jetliner in Atlanta, having no idea of their destination. In the early years, the Classic location was kept a secret until the airplane reached cruising altitude, and the site was revealed. Then, it was Las Vegas and Lake Mead. The 50th edition of the iconic fishing tournament will be held March 6-8, with daily weigh-ins and the Bassmaster Classic® Outdoors Expo taking place in the Birmingham-Jefferson Convention Complex (BJCC) in downtown Birmingham. The sport's top 53 anglers will compete, and among them will be Menendez and six of his teammates on the Skeeter Boats pro team. The anglers will be competing for a purse of over $1 million. "To fish in the 50th is a big deal to us all," added Menendez. "The fishing on the 'Big G' could be phenomenal, and that will surely level the playing field for us." Joining Menendez is Scott Canterbury, 2019 Bassmaster® Angler of the Year, and Drew Cook, the 2019 Bassmaster® Elite Series Rookie of the Year. Canterbury lives about an hour’s drive south of Lake Guntersville, and he expects the lake to show out. "Guntersville is loaded with big bass, and it could take a huge catch to win the 50th,” he said. Also, Classic bound on the Skeeter team are Ray Hanselman Jr., Matt Herren, another local favorite who lives near the Classic site, Chris Zaldain, who was the runner up in 2019 for Angler of the Year, and Whitney Stephens, who qualified through the Bassmaster® Opens for the second time. Another highlight of the week is the Bassmaster Classic® Expo, where 200 exhibitors will be onsite displaying and selling a variety of merchandise for fishing, hunting, camping, and more. The Classic is often the place where new products are introduced, and Skeeter will have a surprise for you in Booth #902. Show hours are Noon-7 p.m. on March 6, and 10 a.m.-6 p.m. on March 7. The show is open from 10 a.m.-4 p.m. on March 8. The Expo is at The Birmingham-Jefferson Convention Complex, 2100 Richard Arrington Jr. Blvd. North. The Classic will be covered live and streamed on Bassmaster.com, ESPN3®, and the ESPN® App, and five hours of original programming will be aired on ESPN2® and the Pursuit Channel® following the event. In addition, the Classic annually draws more than 250 credentialed media. The 2019 Classic was covered by journalists from 28 states as well as Japan, China, Australia, Italy, Germany, and Canada. This document contains many of Skeeter's valuable trademarks. It may also contain trademarks belonging to other companies. Any references to other companies or their products are for identification purposes only, and are not intended to be an endorsement.